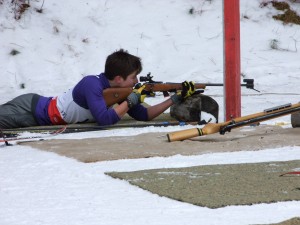 Erik Schreiner – The last person to win a biathlon race at such a young age at the club was Sean Doherty, who won the NY Championship as a 13 year old. Photo by Marque Moffett